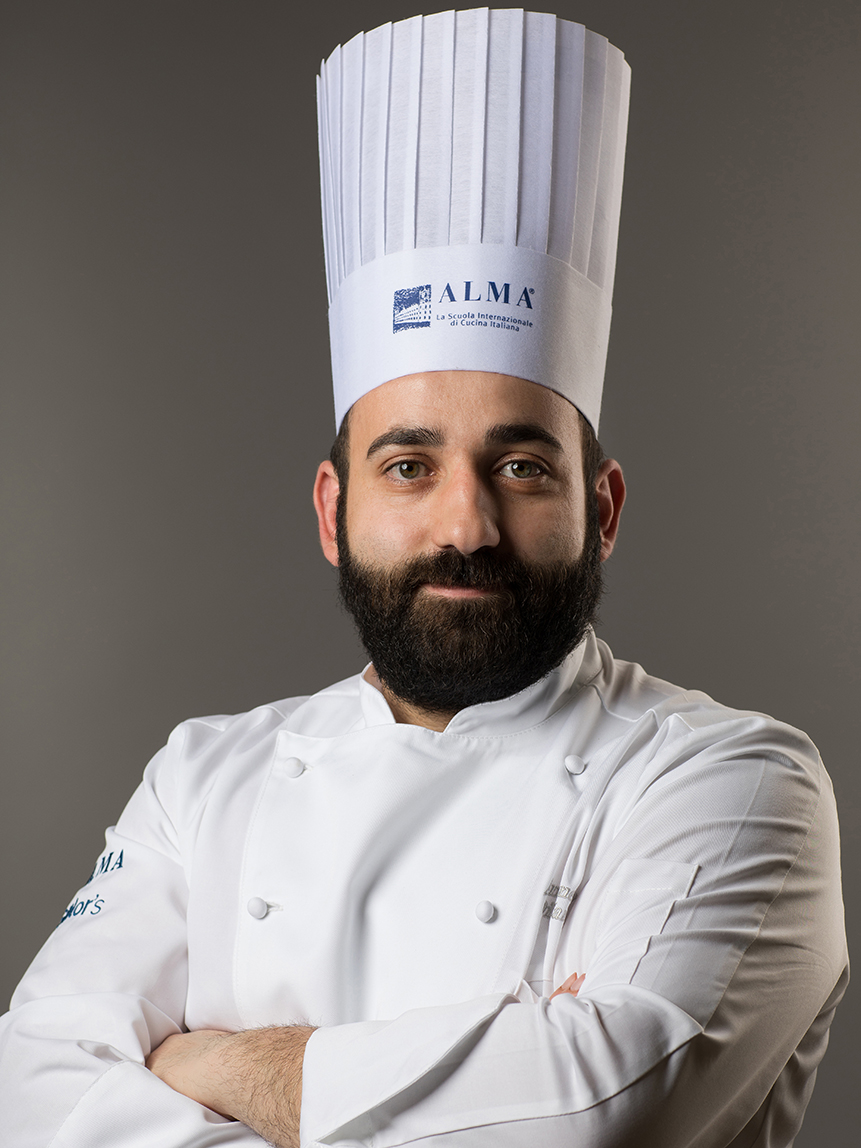 Determined and of few words. These are the distinguishing traits of Antonello di Maria, born in the Molise region in 1990, who was taken away from a career as a surveyor, which his father wanted for him, by his fascination with yeast and vanilla.

Antonello grew up among pots and pans. When the time came to choose what to do with his future, he had no doubts. His favourite game would become his profession. And so it was that on the bus that every day took him from his house to Termoli, the location of the Hotel School he attended, he used to daydream about being part of a great Kitchen Brigade in London or New York. But what attracted him was neither the pass nor the role of Chef. His vocation as pastry chef was already strong and his imagination would take him to that smaller room to the side, the quieter one, in which the noise of sizzling pans is replaced by the mantra of whips in action. Antonello Di Maria would be a pastry chef.

His growth path was characterized by an insatiable “hunger” to learn. ALMA and the 9th Advanced Pastry Course provided the answer to many questions. This was followed by work experiences with Iginio Massari and the dreams of that boy on the bus became a reality. The sucrose-themed tour of the world brought Di Maria back to his starting point. This time ALMA welcomed him no longer as a student but as its youngest pastry and bread making teacher.