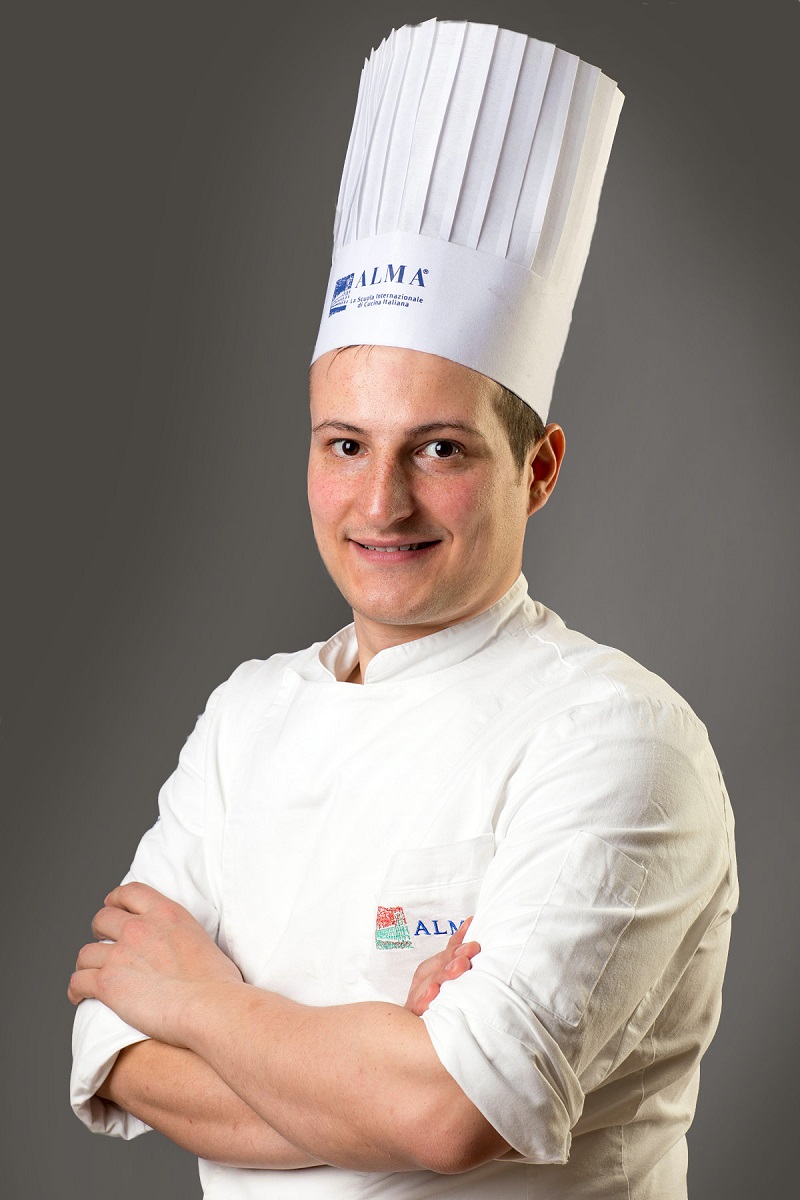 The great thing about teaching at ALMA also involves occasions and backgrounds that often don’t strictly belong to the world of cooking.  In this case, we are talking about chef Carmelo Geraci, a teacher in the Cooking Techniques Course. Geraci, as others before him, originally undertook a course of studies that had nothing to do with the world of browning and recipes, perhaps to satisfy others’ wishes, perhaps to follow a more ordinary road. After his diploma he enrolled in Engineering at university, but beyond calculations, calculus and trigonometry his true passion soon emerged: cuisine. This passion turned into something real when after a great deal of research he discovered the world of ALMA. The prestige of the School combined with its teaching method convinced him that this was where his future lay. After attending the Cooking Techniques Course, he started working immediately, so as to put into practice what he had learnt. After Parma’s Food Valley, Chef Geraci continued to refine his skills in the prestigious and enchanting resorts of Santa Margherita di Pula, such as at Costa dei Fiori with Leonardo Marongiu. After Sardinia, he went back to the Emilia-Romagna region, in the city of Reggio, where he worked for a while alongside Chef Bruno Cossio at Borgo Cadonega Relais & Spa of Viano and, finally, to crown it all, had a “starred” opportunity: Enrico Bartolini’s  2-star Glam Restaurant, inside the Palazzo Venart luxury hotel in the magnificent setting of Venice’s Canal Grande, where he met the resident Chef Donato Ascani, long-time collaborator with ALMA. After a year he decided to return to the Ducal Palace of Colorno, first as an intern, then as assistant in the Advanced Course in Italian Cuisine and today as teacher in the Course in Basic Techniques, the ALMA module where he can combine his passions: culinary technique and strong analytical sensitivity.