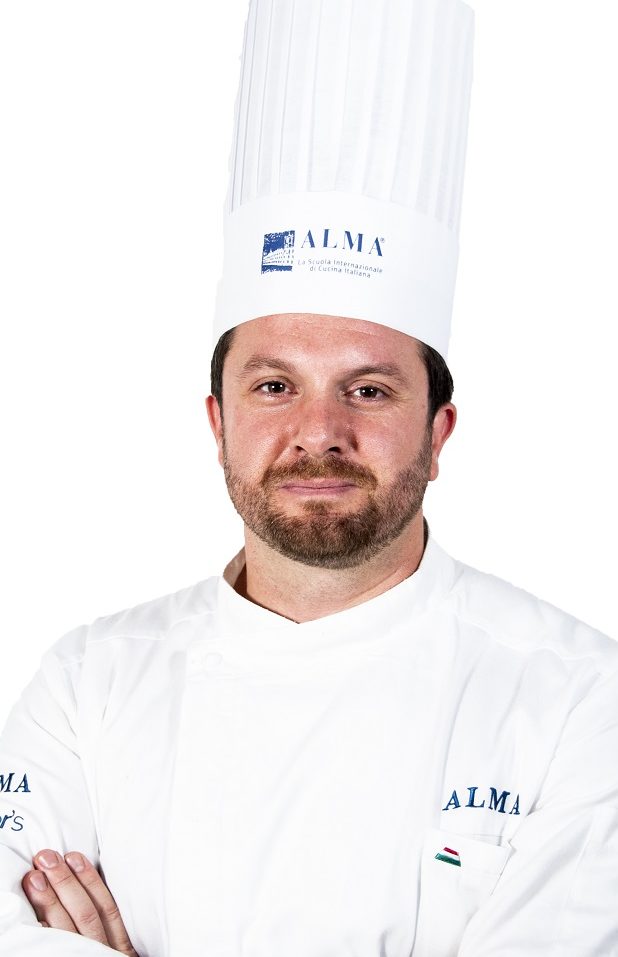 As a young man, chef Carlo-Maria Ricci’s passion for cooking had to comply with the wish of his mother who wanted him to get a high school degree in science. However, he reached the compromise of being allowed to cook at least during the summer holidays, so he went to London to find a job.

After these early experiences and the high school degree, he finally moved to the British capital that became a back and forth place for several discovery and training trips.  He fell in love with international cuisines, which he compared with Italian cuisine; he worked in Australia and Canada in the most varied positions, but at one condition: being in kitchens and contexts where he could practice and learn.

During these trips, Ricci came in contact with ALMA thanks to the partnership of the latter with the George Brown College in Canada, so he decided to enrol in the Advanced Course in Italian Cuisine. At the end of the course, the doors of renowned restaurants opened up for him: those of Maestro Gualtiero Marchesi, Alain Ducasse, Tetsuya Wakuda and Heston Blumenthal.

After some years in the kitchen, his dynamism and eclecticism led him to choose the career as a chef on private yachts with ship-owners that took him all over the world.   Here he also started working as a consultant for procurement companies and attended university courses in Business and Design.

Almost by chance, he returned to ALMA where he got the F&B Management degree; that was the occasion to start his cooperation with the School initially as a chef in charge of Events, then as Ambassador.

This role for Carlo-Maria Ricci means having the purpose of promoting Italian cuisine, spreading and enhancing the food and wine culture and excellence of our Country.  The ALMA values he carries every day are linked to Gualtiero Marchesi, to the concept of being an example as a form of teaching, to the respect for the product and to the simplification of taste in cooking.