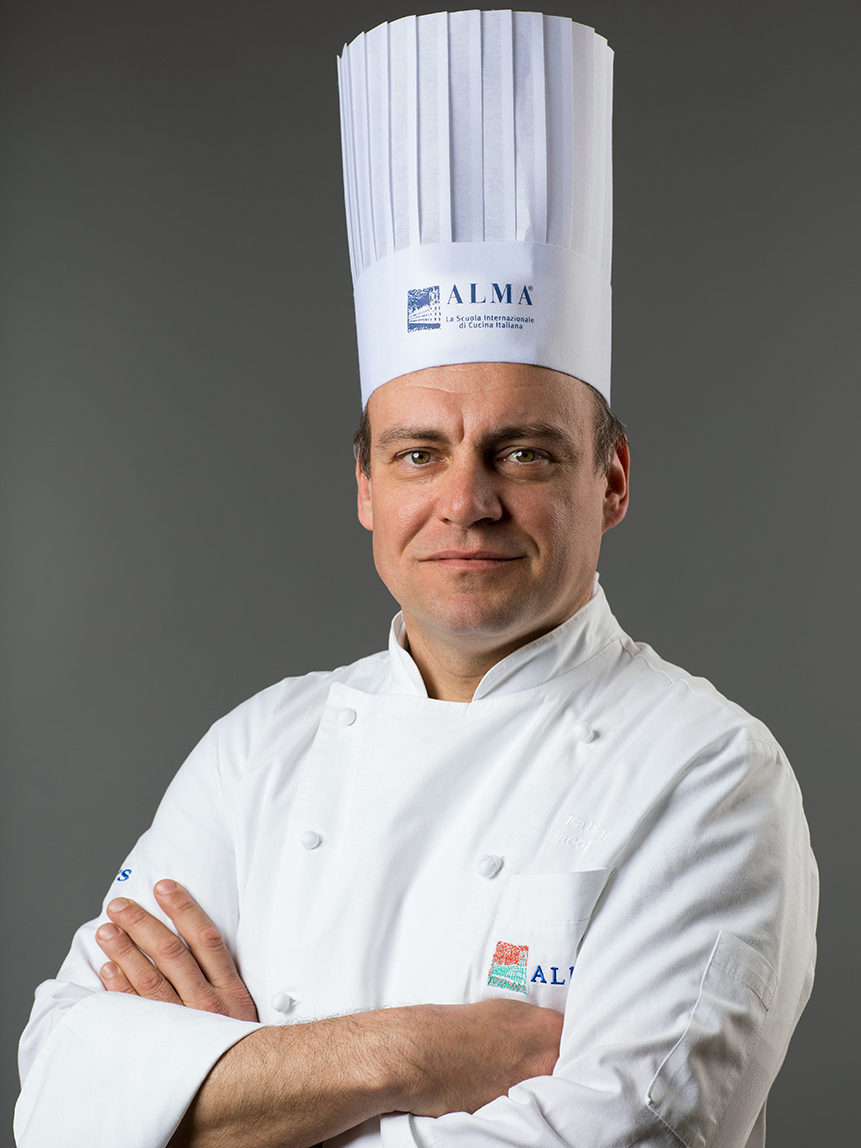 The sea inside. Born in Genoa in 1979, Fabio Giacopelli spent his childhood near the port gazing into the blue horizon. The path ahead was clear: he would choose whether to become a fisherman or a cook. In order not to make a mistake, Giacopelli decided to create a hybrid that would involve his being in the kitchen while at the same time travelling the world’s seas. The apple doesn’t fall far from the tree, and as a true Ligurian he spent the summers in restaurants on the coast and worked on ships during the winter seasons.

The experience was in all respects a rewarding one. The operation of the ship was fascinating. In no time, he was given the task of managing the buffet and the areas for the passengers’ entertainment. Giacopelli’s rise was quick and unstoppable. His love for the sea was indissoluble.

But since the beginning of time sailors have not kept their promises and sooner or later they come back to land. After attending ALMA’s Advanced Course of Italian Cuisine, Giacopelli worked in land-locked Lombardy. In order to fight his nostalgia for the oceans, Giacopelli deepened his knowledge about freshwater fish and, no longer able to whisper his knowledge to the seven winds, he approached the world of education. From here it was a short step to returning to ALMA as a teacher, and today Giacopelli is Head of ALMA’s Cooking Techniques Course.