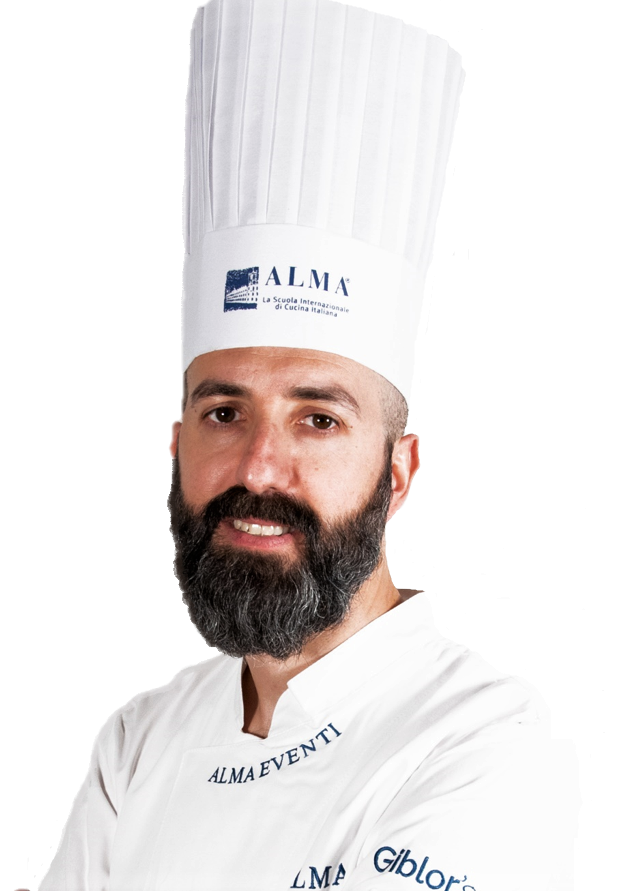 Stefano Santo, after his experience at “La cucina del Salviatino”, restaurant of the prestigious luxury hotel in Fiesole, is now chef of SAN LUIS RETREAT HOTEL AND LODGES in Avelengo (BZ).
Along his career, he got to know the cultures and food of the rest of the world before settling in Italy.  After studying in Melendugno (Lecce), his land of origin, Stefano Santo left for London, then Dublin and Switzerland, where he worked with chefs of international fame in Michelin-starred restaurants.  He started cooperating with ALMA together with Gaetano Trovato, guest chef of the School from its early days; later, having won the ALMA VIVA contest in 2006 and having started his professional career as Executive Chef, he began working as ALMA teacher for classes of foreign students.  In 2017, he became Chef Ambassador with a début at the Week of Italian Cuisine Worldwide in Zimbabwe. Knowledge, respect and dissemination of our culinary culture are values that connect him with ALMA, which strives every day to make them succeed.  The purpose is keeping the Italian identity that, although world famous, suffers from stereotypes that damage its authenticity.  For chef Stefano Santo being an ambassador of Italian culinary culture means disseminating the knowledge of true raw materials, different cooking techniques, our culinary history made up of recipes and diversity thanks to our agri-food heritage, which ranks first in the world.