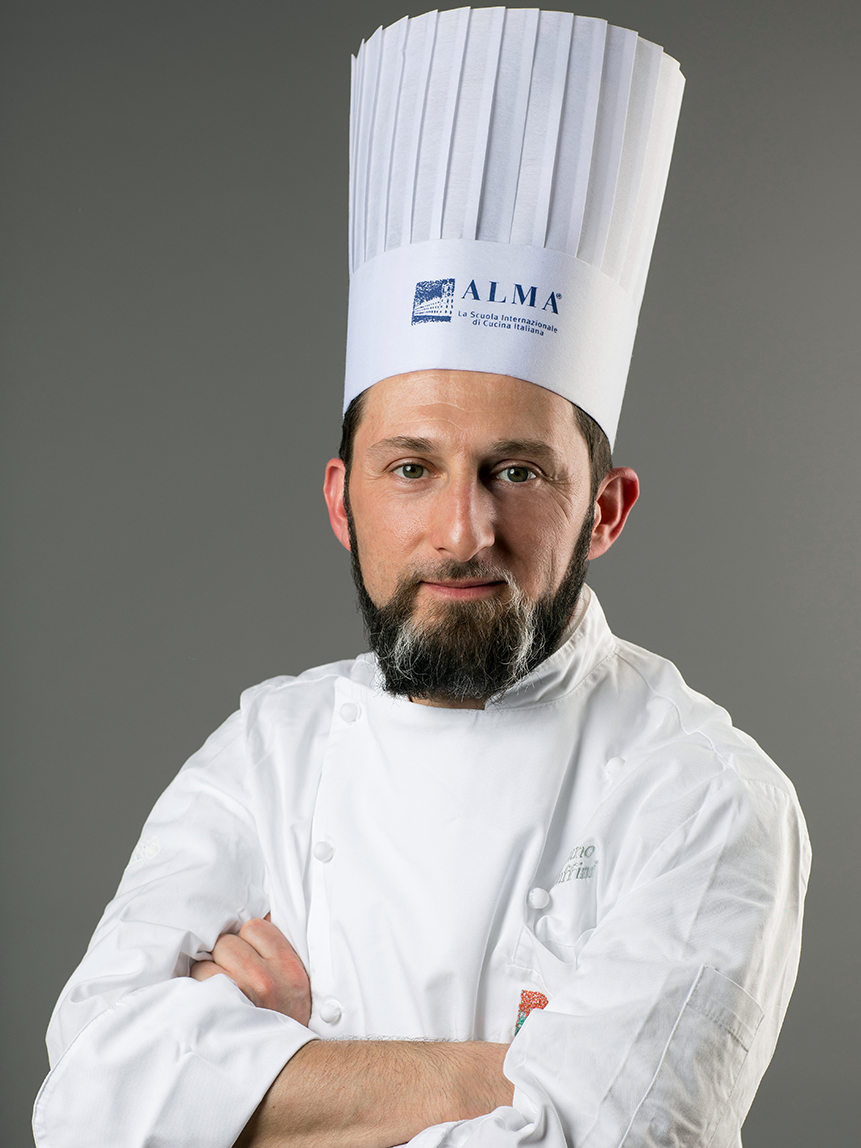 Bruno Ruffini is a thoughtful man. As a boy he thought he would become an architect and worked out a perfect plan according to which he would get a diploma as a surveyor and then study architecture at university. But his true vocation lay elsewhere. He stopped to reflect, put his boyish dreams aside with great maturity, left his family and friends and moved to Salsomaggiore Terme to enrol in the Hotel School. His career, and his travels, started immediately, as during the first summer season he worked in Verona, where he learnt about the cultural aspects of a job that never ceases to amaze him. This was followed by experiences in the Alto Adige region, and at the Grand Hotel Park in Switzerland. With the compass pointing north, he landed at Harry’s Bar in London.

After other work experiences in Italian and European starred restaurants, Ruffini decided to return to the fold in his Emilia region. After opening his own restaurant, he joined ALMA, where today he is teaching chef in the Advanced Course of Italian Cuisine and manager of the Aula Magna. Cooking means having a natural affinity with food. It is a process that involves social-cultural aspects that go beyond the mere preparation of food. It is a connection established between cook and customer. It is a way of expressing one’s personality, one’s beliefs, and one’s weaknesses. A dish can speak and above all it is understood only by those who know how to listen.

Topic: the plant world and its relationship with vitality. “Gathering vegetables and herbs is like hunting, in the most atavistic sense of the word. Going into fields and vegetable gardens armed with knives and scissors… tearing a root or a herb from the earth in the wrong way is a violent and useless action that damages the soil and nature and compromises its balance. And in any case, cutting salad or a root causes bleeding.” Bruno Ruffini sums up his cooking philosophy with this concept expressed by an ALMA student.