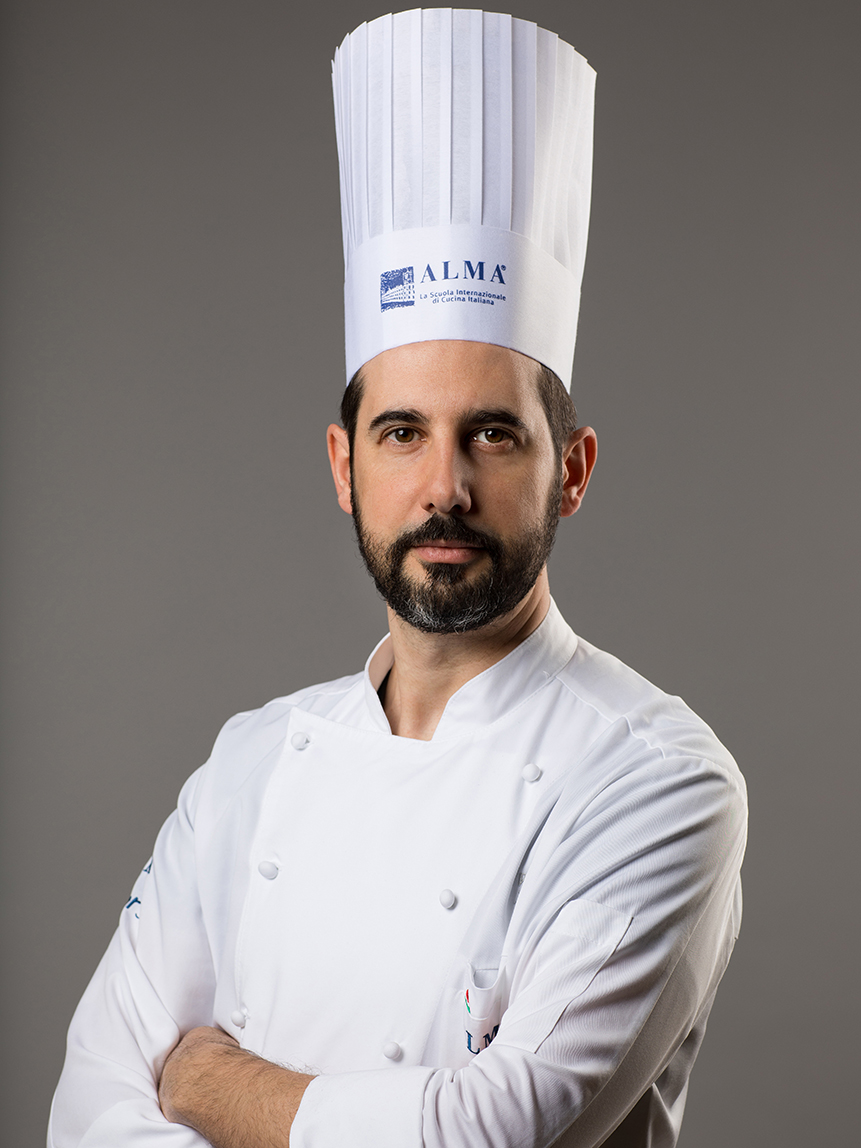 Walter Masut’s story is an unconventional one. Born in Sacile, in the province of Pordenone, in 1978, he spent most of his life within the borders of his region. Whether due the territorial variety of the Friuli, Venezia and Giulia areas, or to the Chef’s foresight in learning that the art of shrewdness must be carefully cultivated, Masut seemed capable of understanding from the start that the fact of achieving the maximum result with the minimum effort is to be considered something of value. Naturally it goes without saying that in order to become pastry chef Walter Masut worked very hard and made many sacrifices. His distinguishing trait, however, is the lucidity with which he understood that he could learn from master pastry chefs by finding himself in the same pastry shop kitchen as them, without ever needing to travel. Thus, in the same pastry shop that gave him a part-time job when he was a novice pastry chef, Masut met and learnt from master chocolate makers. Icons such as Danilo Freguja ad Leonardo Di Carlo trained Walter Masut and guided his professional growth, and in a short time made him a point of reference for anyone wanting to learn the secrets of the art of chocolate making. This is how Matteo Berti met and got to know Chef Masut, with whom he kept in touch until 2013, when they met again at ALMA.

In addition to his experience in the pastry shop’s kitchen, Masut specialized in bread making and in the world of pizza.

He has been teaching at ALMA since 2013. Today, he teaches the Advanced Pastry Course.