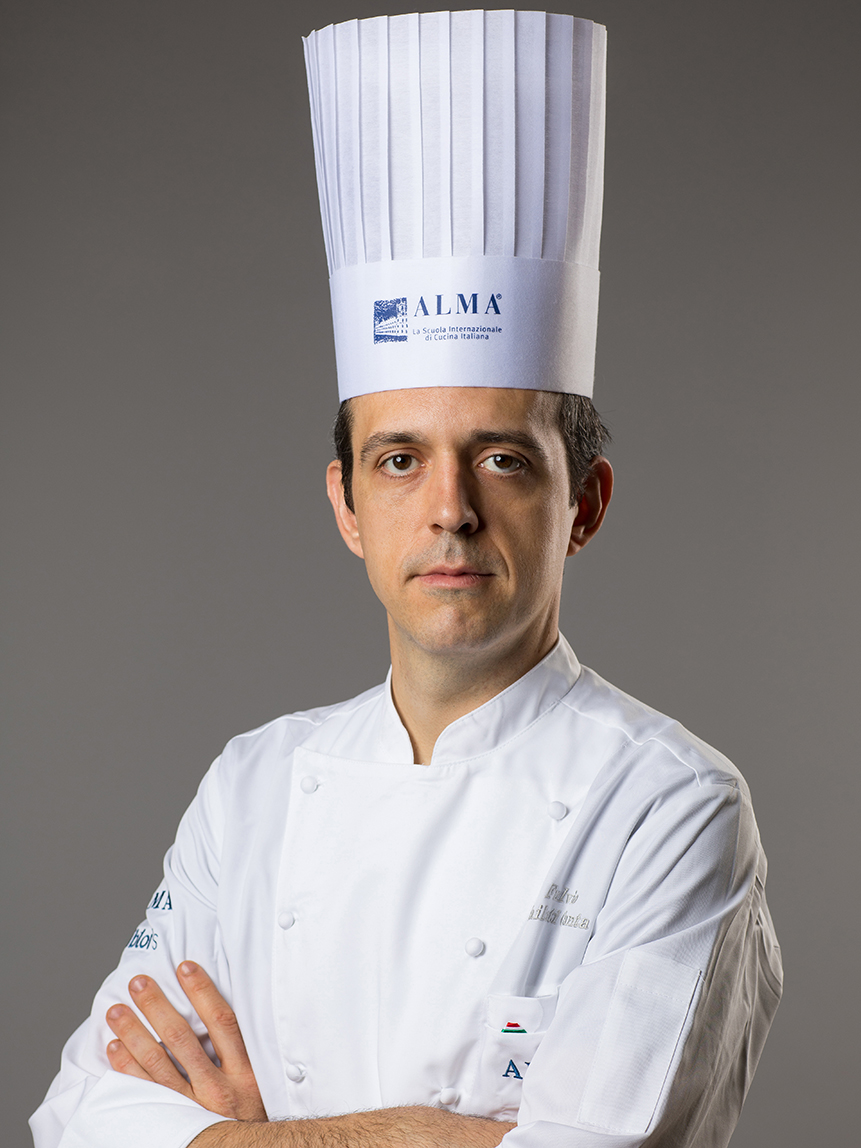 Fulvio Vailati Canta is from Lodi, with a sui generis past and a constantly evolving mind. After obtaining a diploma as an electrical engineering technician, he thought his future may possibly lie in the veterinary sector. For 2 years he found it exciting to focus all his energies on the study of animal therapies. The call to the world of gastronomy came to him in a dream, whispered by his grandfather. His initiative and enterprise woke up Vailati who, without even looking in the mirror first, decided then and there to change his life, and enter a kitchen for the first time. The next 3 years passed easily and were very rewarding ones for Fulvio, who looked really happy among pots and pans.

Curiosity, a quest for new challenges, and courage made him enrol in 2011 in ALMA’s Advanced Pastry Course. “It was a subject I did not understand. I had worked now and again on desserts in the restaurant but I was just carrying out tasks without understanding what I was doing. I could not accept this.” No sooner said than done, Vailati Canta went back to school and understood that the subject that he wanted to learn about was meant to become his life’s work. His work experience at Le Calandre Restaurant turned into a 3-year stay, after which, as a result of constant research and experimentation, he decided to return to Colorno as teacher and Head of Pastry for the Advanced Course of Italian Cuisine.

Mindful of his past and aware of its admirable versatility, Fulvio Vailati Canta is an inspiring teacher because of his curiosity, and his remarkable ability not to stop when faced with something unknown, whether a technique or taste. He has only one regret about his career: not having taken part in an edition of Identità Golose (“Tempting Identities”) that would have made him famous… But that is another story.

Topic: raw material and taste In the kitchen and in pastry cooking it is essential to try, rediscover, and use techniques, even very simples ones, that are capable of enhancing the raw materials. The objective of this search is to succeed in giving new forms and textures to a familiar ingredient, without undermining its naturalness and purity.