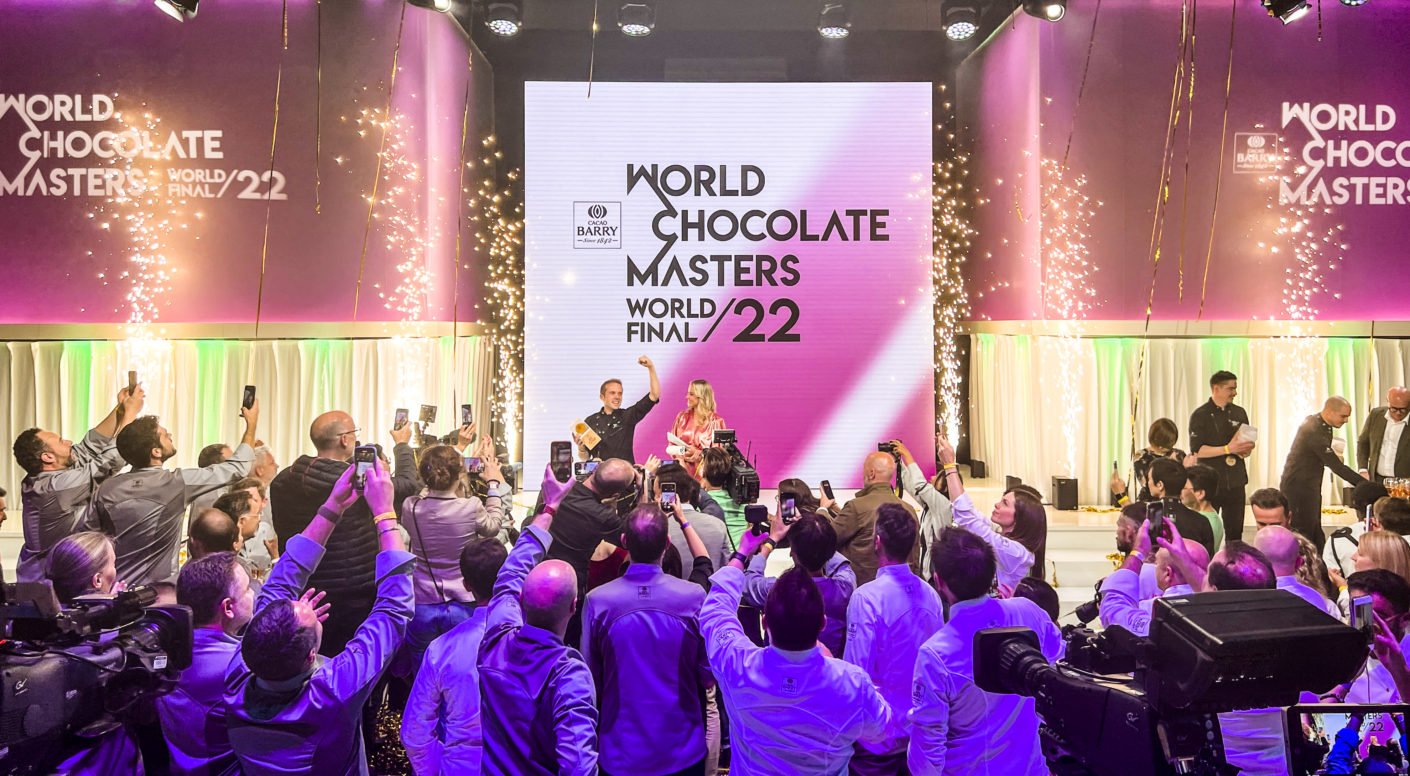 31 October 2022, Paris – Lluc Crusellas from Spain was crowned World Chocolate Master in Paris today at the Salon du Chocolat, along with the honor of calling himself the world’s finest chocolate craftsman for the next three years. Besides the much-coveted title, Crusellas also wins an exclusive co-creation with chocolate chefs from London’s world-renowned Harrods luxury department store. Crusellas won over not just the hearts of the judges, but also of the viewers at home who awarded him with the public #WOW award. Antoine Carréric from France and Nicolas Nikolakopoulos from Greece took home the silver and bronze medal.

The World Chocolate Masters (WCM) is the only global competition dedicated to showcasing the artistic talent of world-class professionals in gastronomy, patisserie and chocolaterie. Since its inception in 2005, WCM has sought to pull back the curtain on what the world will see on the pastry shop counters and chocolate shelves of the future – even more so with this year’s edition, happening under the banner of #TMRW_TASTES_LOOKS_FEELS_LIKE. 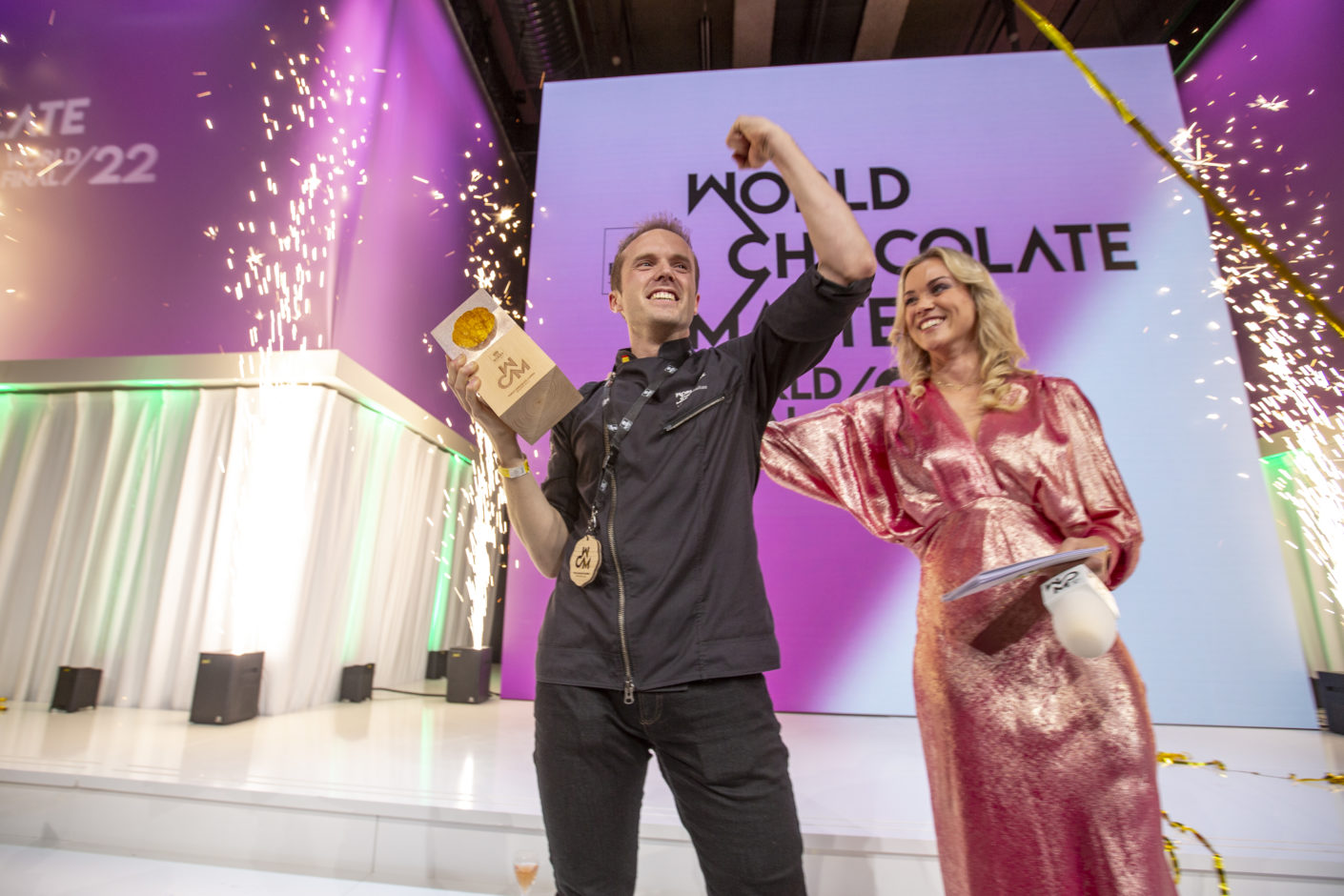 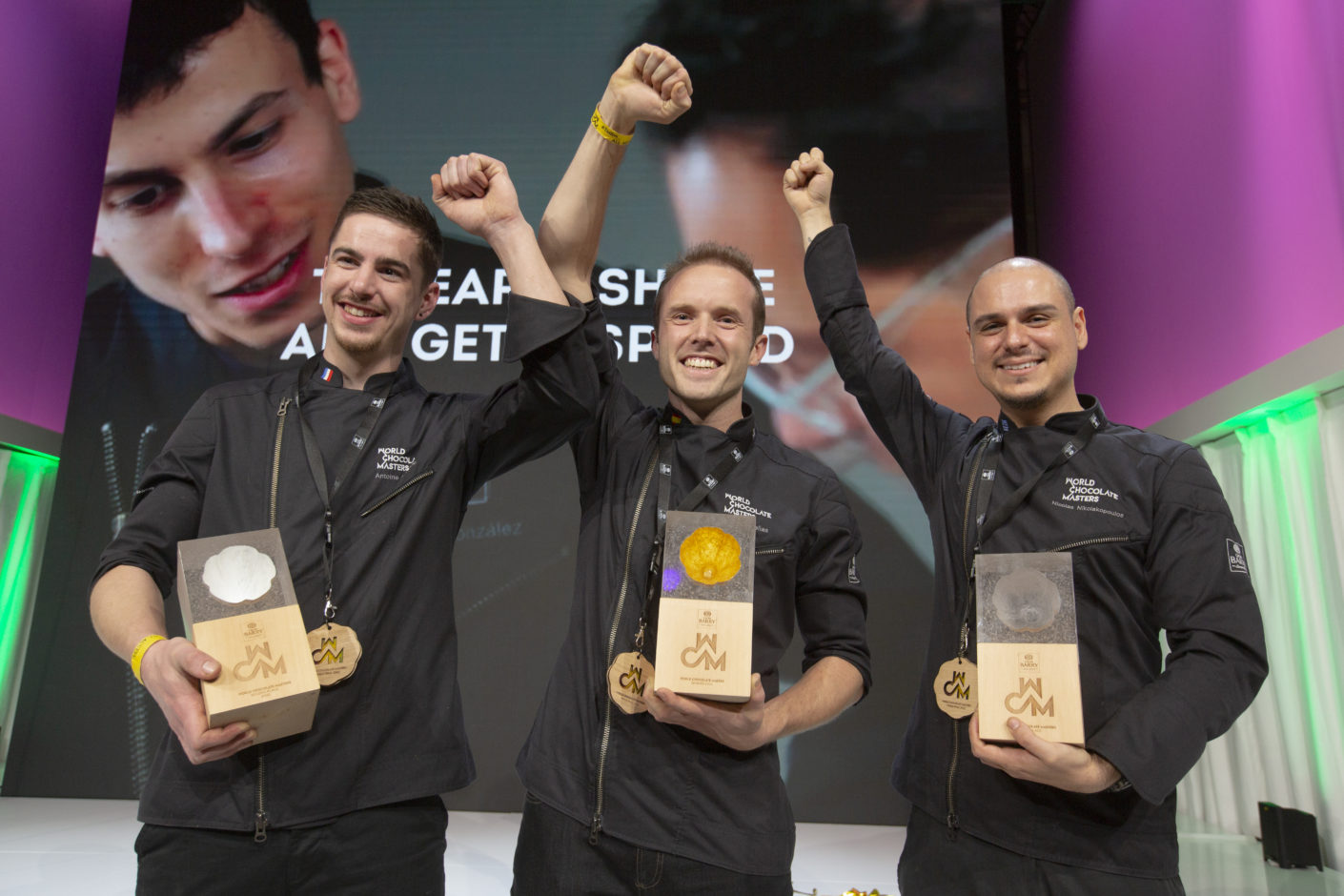 After an intense three final days at Salon du Chocolat in Paris, Lluc Crusellas from Spain will be bringing home the title of World Chocolate Master. He won over the jury, presided by pastry chef and star of Netflix’s ‘School of Chocolate’ Amaury Guichon, with sensorial creations that highlighted his attention to detail, creativity, and knowledge of flavour. On the final day, Crusellas was able to present a brioche with zero sugar by using an enzyme. An amazing innovation that took the judges by surprise.

“It feels incredible to win the title of World Chocolate Master, after months and months of training – not just for me but for the full team who have been behind me along the way. I’ve absolutely dreamed about winning the title, but I never expected it, and to be able to take the award home feels amazing. This is not just a prize for me, but for the whole professional sector in in my country.” 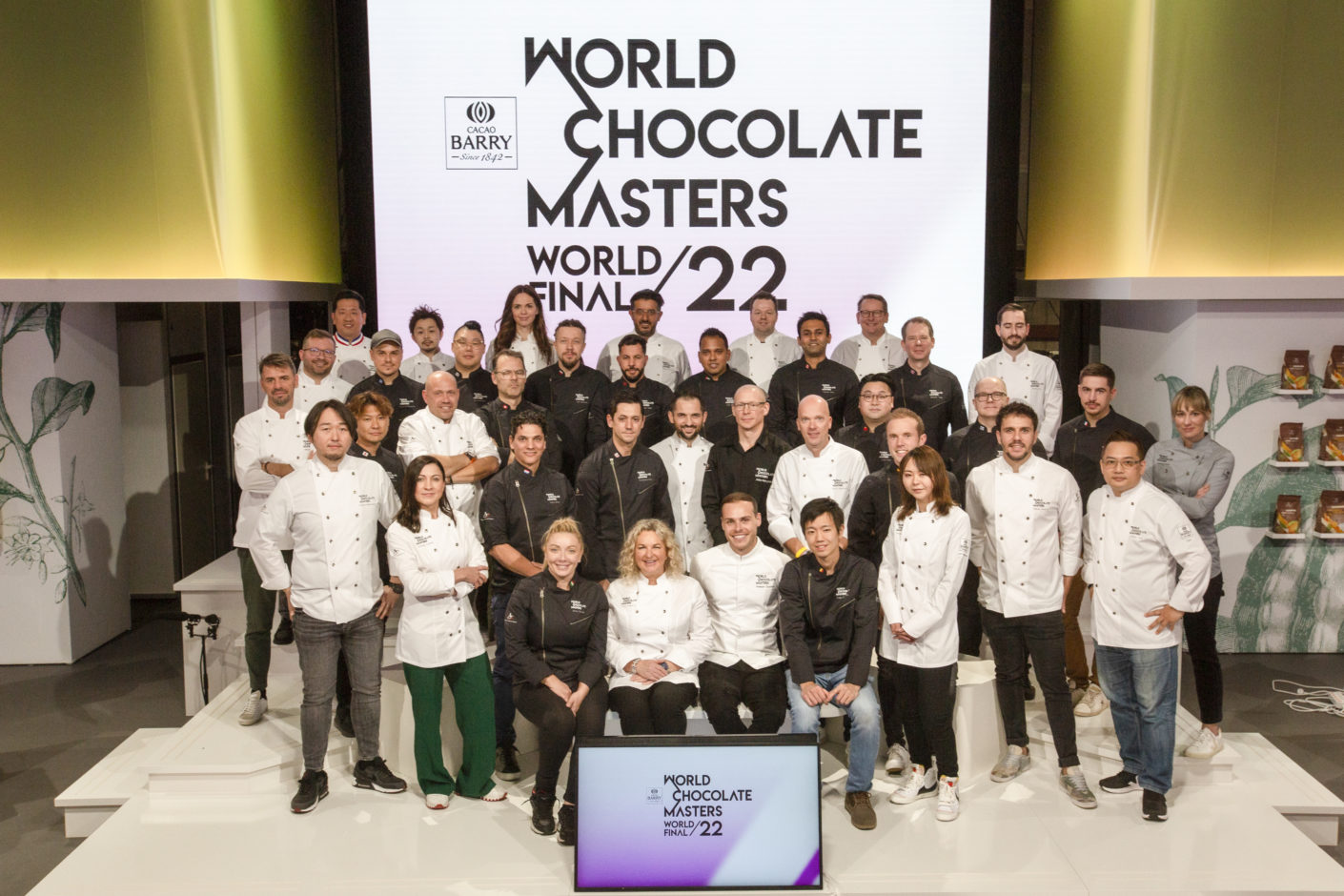 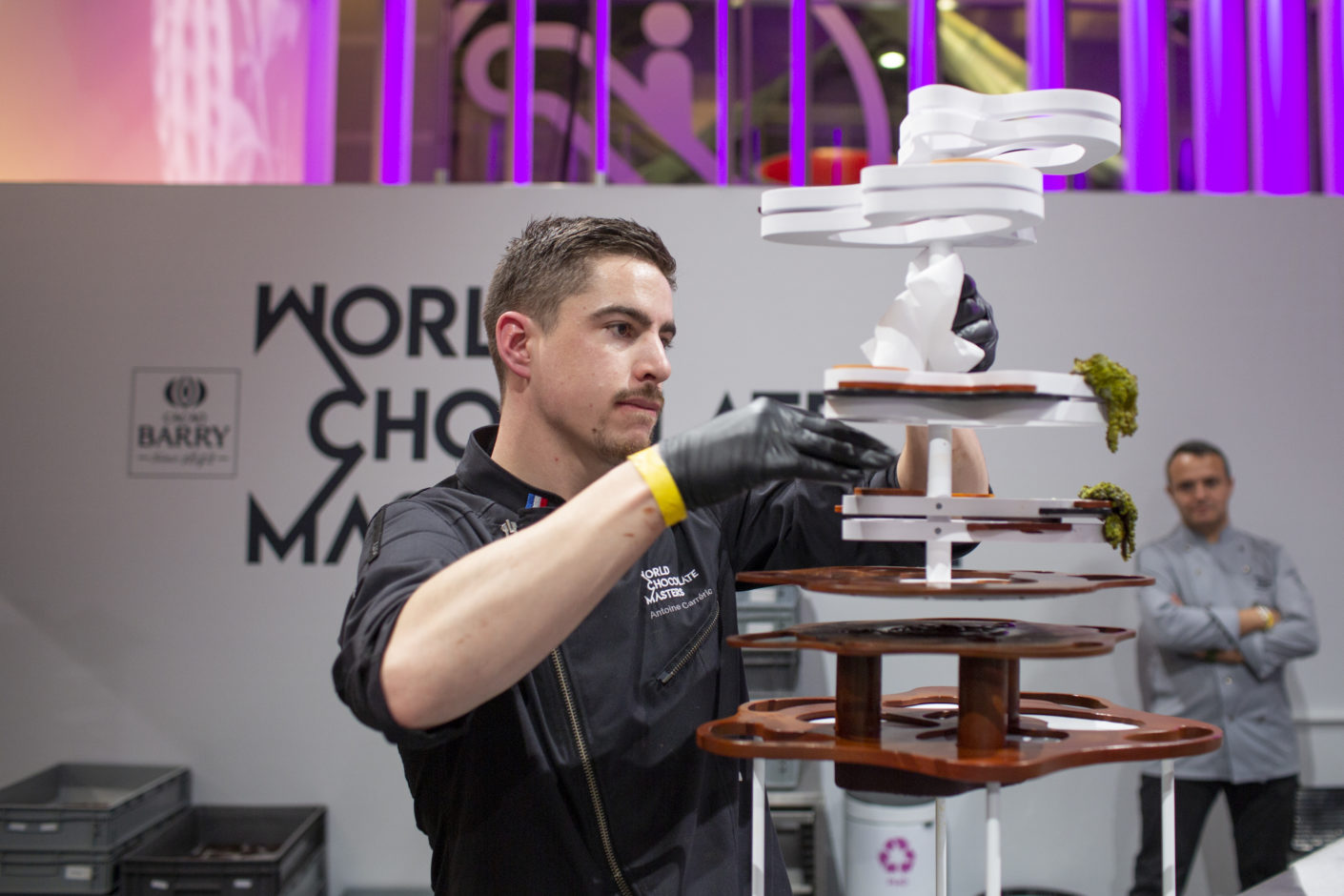 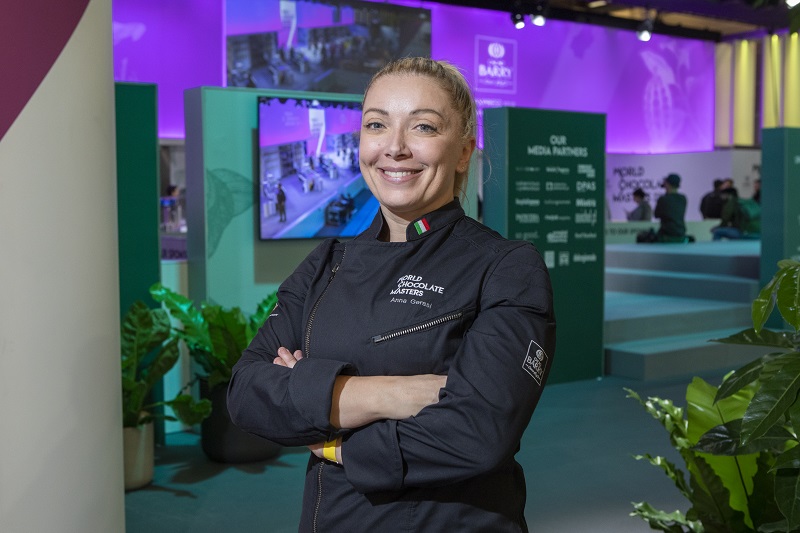 An equally impressive judging panel guided competitors towards taste, artistry and creativity, and launch the next generation of chocolate craft. Headed by Amaury Guichon – star of Netflix’s ‘School of Chocolate’, and thought to be the world’s most followed chocolate and pastry chef on social media – Australian pastry chef and TV personality Kirsten Tibballs and Japanese chef duo Yusuke Matsushita and Sachi Takagi, the full jury welcomes 22 experts who blend the worlds of gastronomy, pastry and confectionery.

With every participating region represented, the newly announced jury members has been:

“One might ask whether there is still a need for international competitions,” explains Chef Matteo Berti, ALMA Head of Education and member of the Jury. I would say yes. First of all, they are more relevant than ever because they still represent a watershed moment in which the student can become a universally recognized master. The competitions involve talents who prepare for years and who in the space of three days play for it all, dust or glory. In addition, the emotionality and involvement that characterize them combined with the high level of competition, in which the gram more or less of a praline or the millimeter of his shirt are decisive in the victory and therefore in the professional future of the Master, are indispensable.” 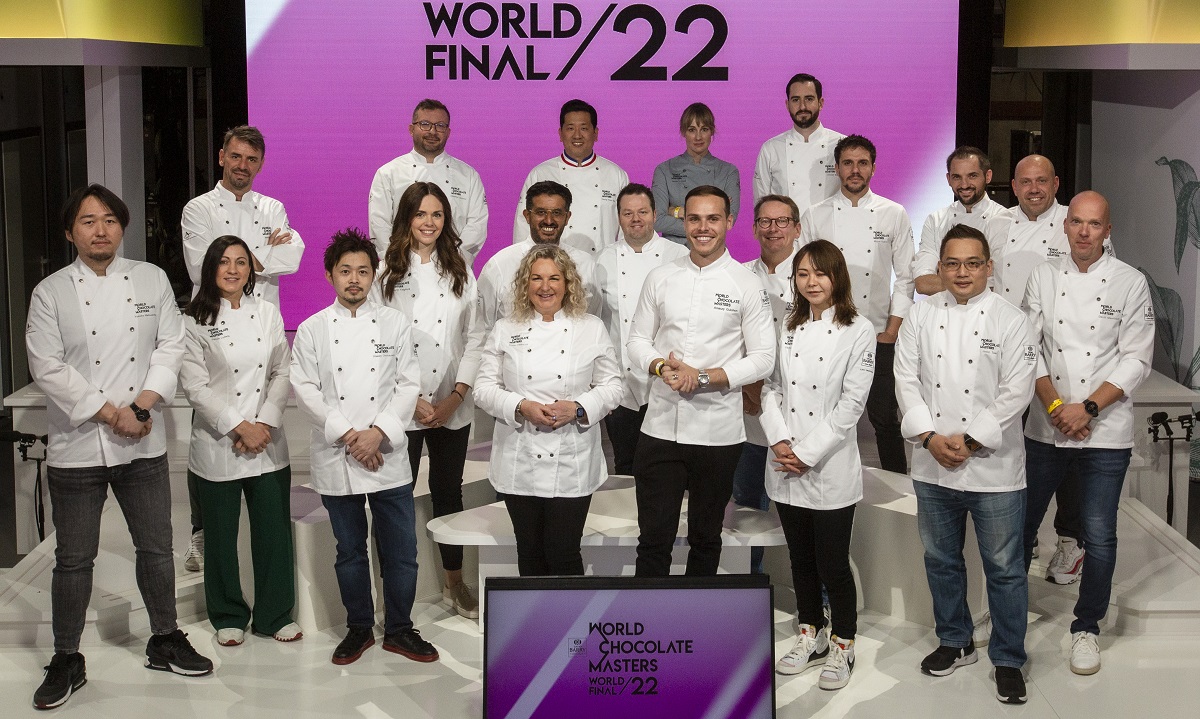 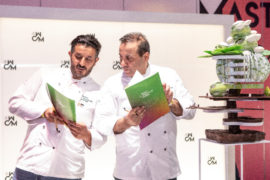 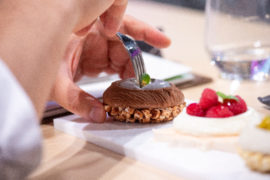 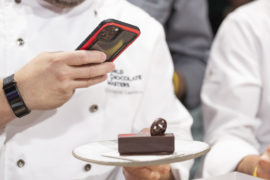 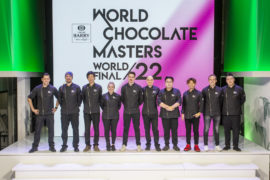 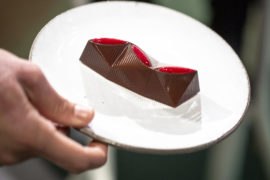 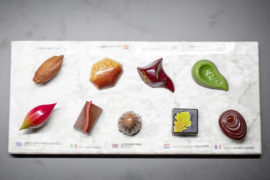 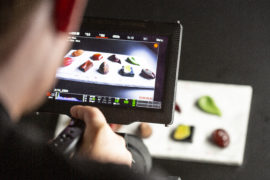 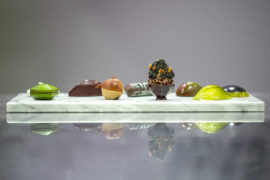 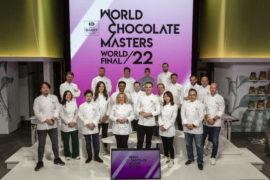 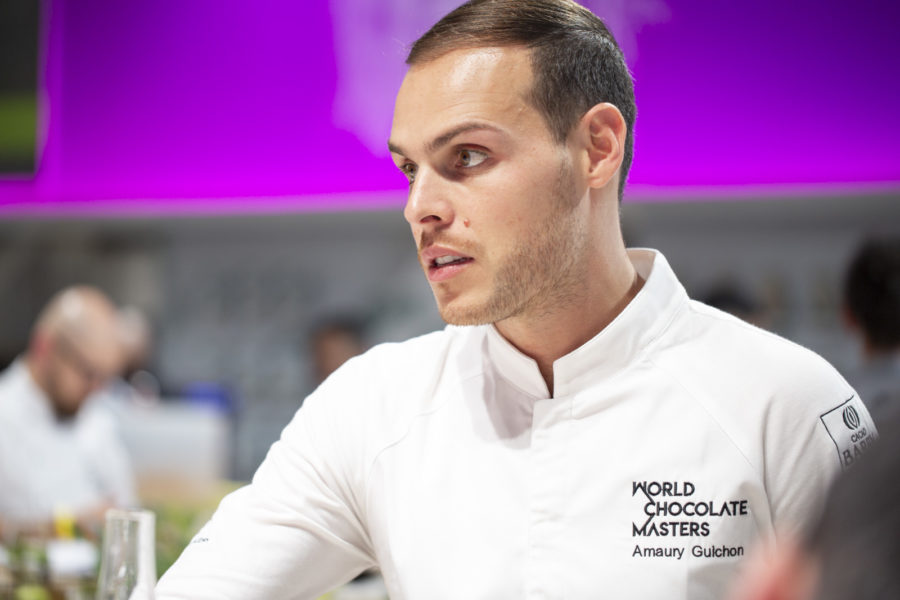 “The World Chocolate Masters have always been about pushing the boundaries of chocolate craftsmanship to new heights, and during this year’s competition Crusellas  set a whole new standard for innovation and creativity,” said Amaury Guichon, Head of the WCM jury. “Amid fierce competition, the title of World Chocolate Master that Crusellas will be taking home is a tribute to the skill, ingenuity and vision he has shown throughout the final. With the limited time, taking the risks he took were adventurous, but it set him apart from the competition.”

The World Chocolate Masters were an online hit this year: hundreds of thousands chocolate fanatics from all around the world tuned in via the livestream to follow the competition up close, voting en masse for their favorite.

In the end, Crusellas won over both jury and home viewers to scoop the grand prize. His stunning #wow window display portrayed a world in danger, with a beautifully sculpted elephant standing on a scorched earth showing two possible sides of the future. Earlier in the competition, Team Spain surprised the visitors at the Salon du Chocolat – handing out a 3D sculpted token to the lucky chocolate lovers.

Running since 2005, previous winners of the World Chocolate Masters have included the likes of Davide Comaschi from Italy, Vincent Vallée from France and Frank Haasnoot from The Netherlands whose sensorial designs, versatility and talent bring indulgence to life for chocolate lovers on a daily basis. 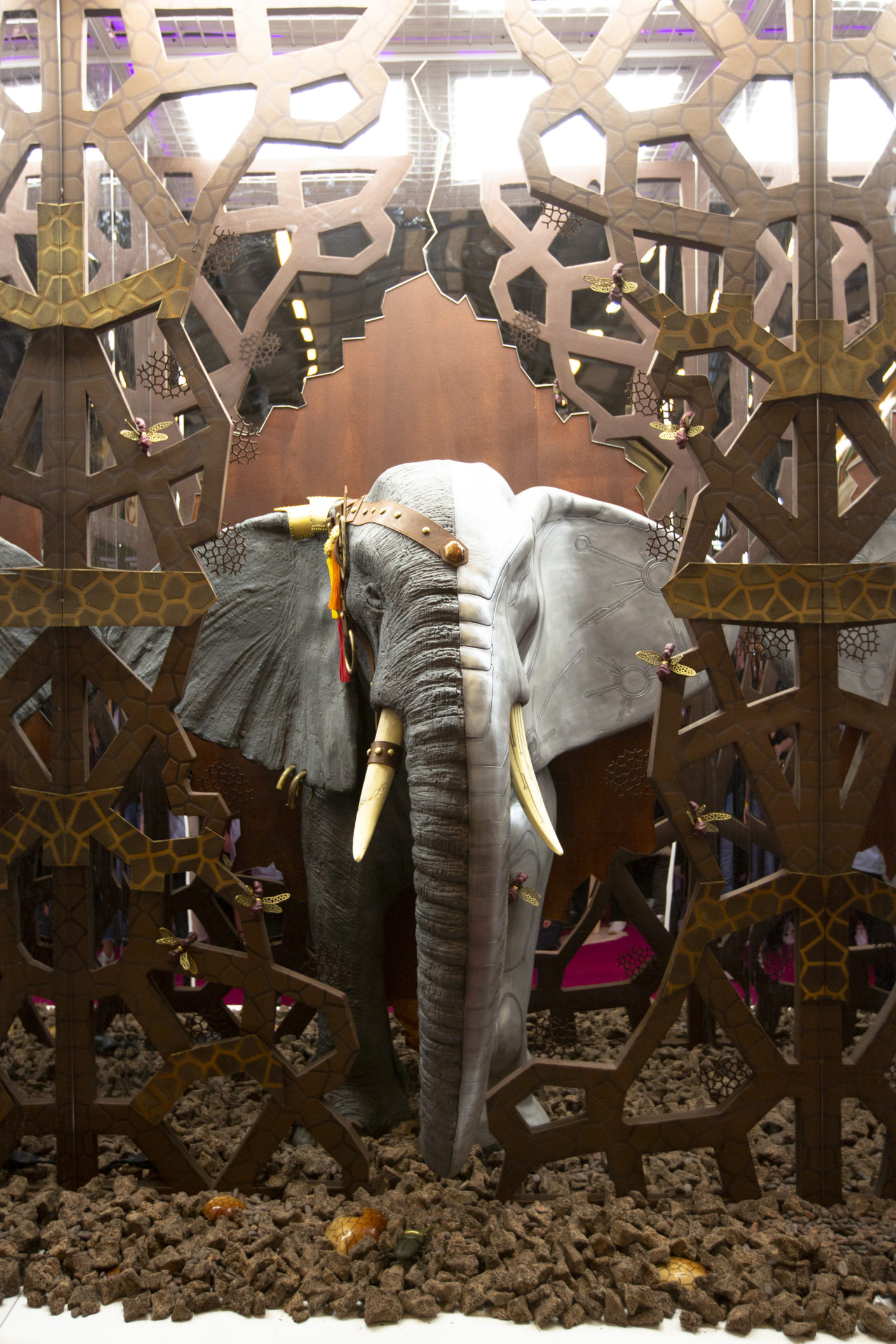 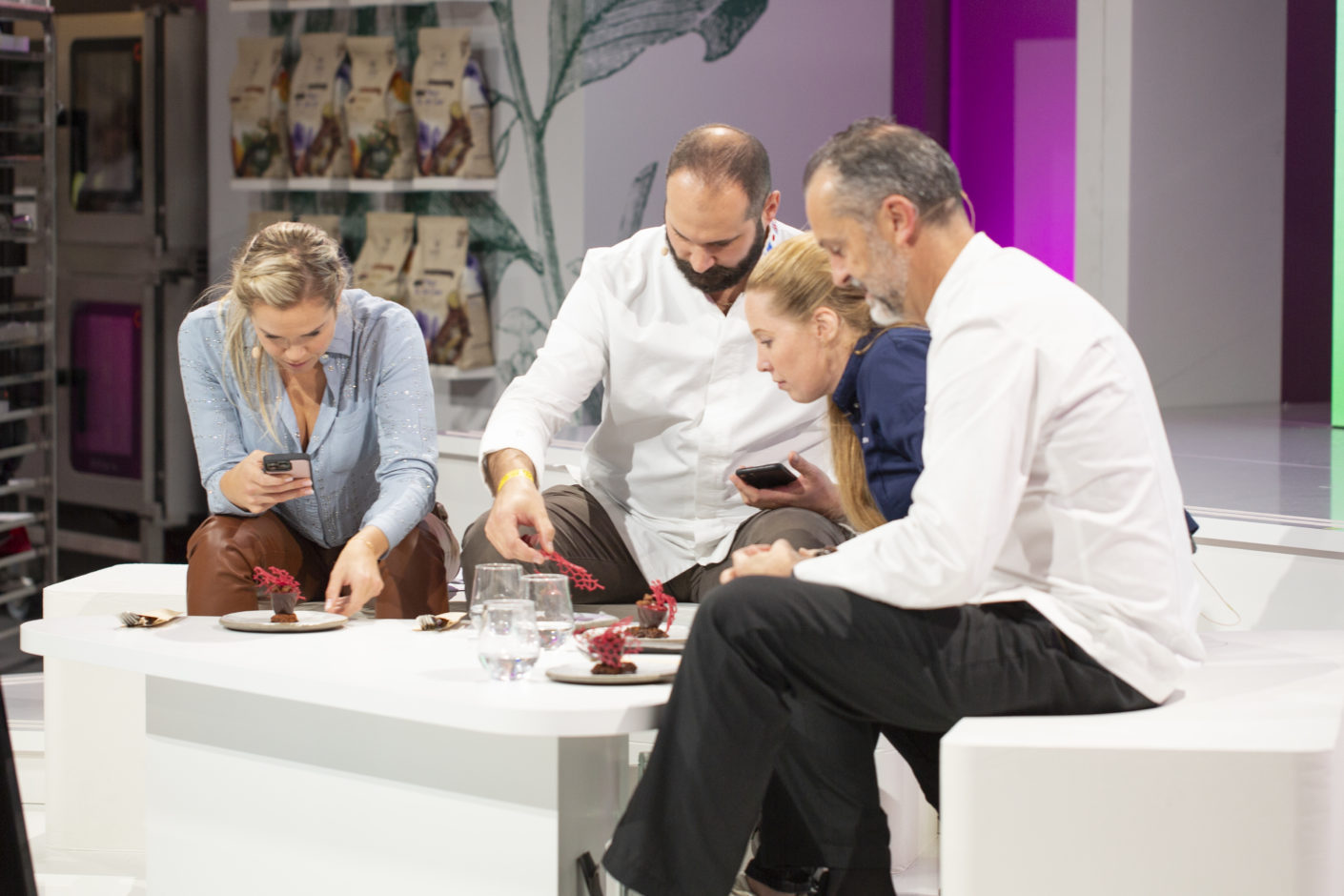 Do you want to receive the most important updates? Subscribe to the newsletter. 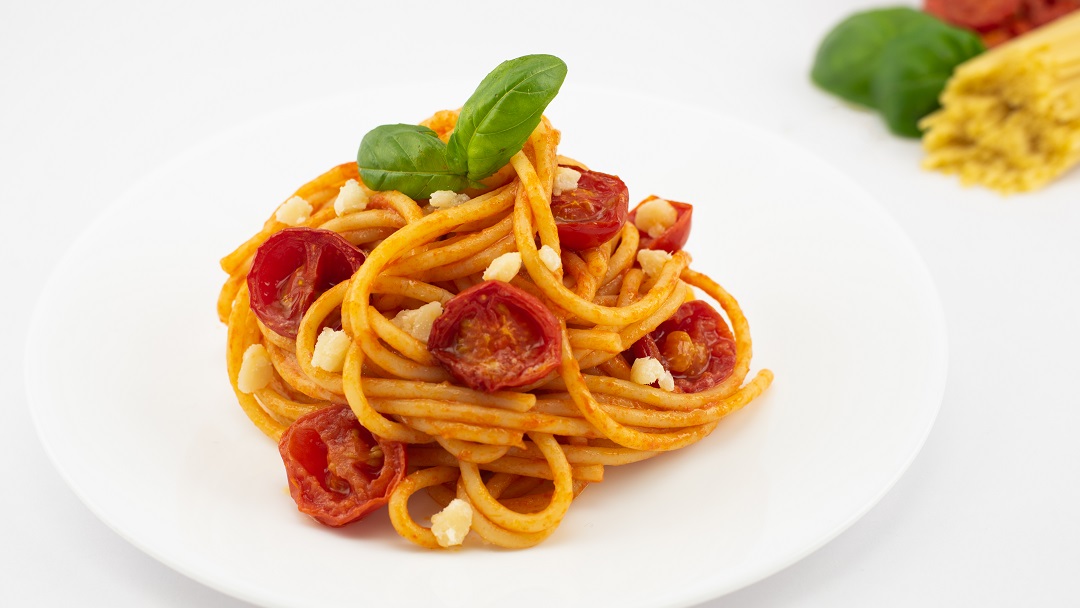 If the soul of ALMA is Italian, with deep roots in the Food Valley, the School has an international vocation thanks to partnerships with ...
Read more 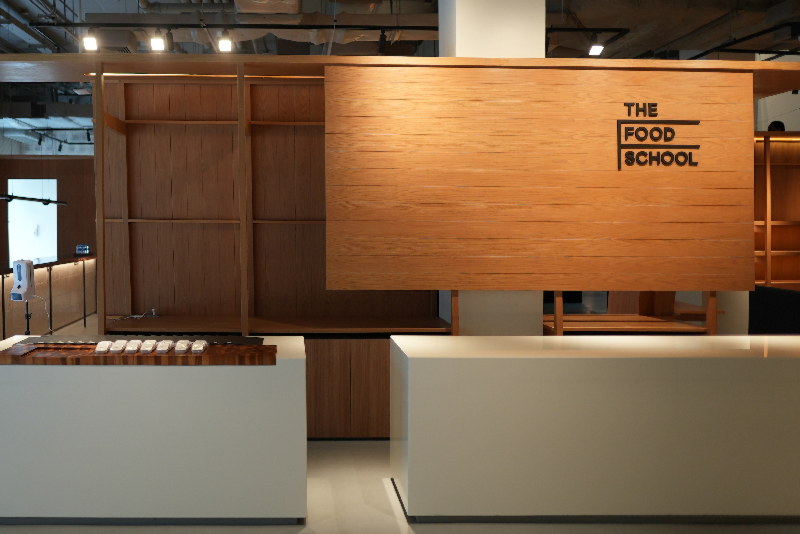 The start-up of The Food School, the cooking school based in Bangkok, where ALMA plays the main actor as far as teaching Italian cuisine ...
Read more 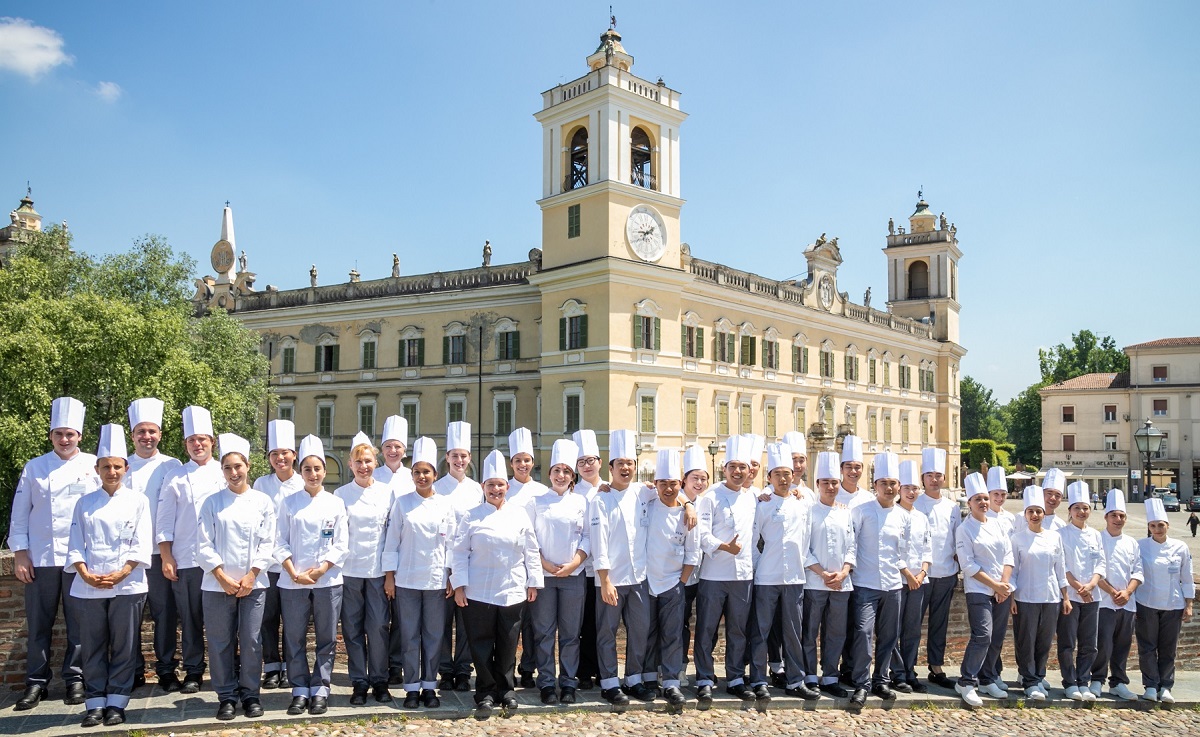 Shanghai, China, October 13th, 2022 — The promotion of Italian gastronomic culture in China has long been a core mission of the ITA – ...
Read more